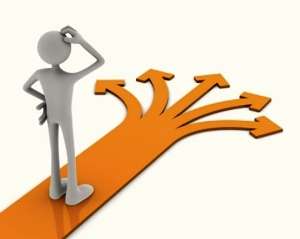 Our dear leader Donald Trump is a white supremacist. He has nothing in his character that is presidential. Ted Cruz is a charlatan. Hillary Clinton is as uninspiring as she is a liar. She will deceive and manipulate in order to occupy the Oval. And Bernie Sanders; poor Bernie, a true man of the people. If Bernie gets elected, the powers that be, unfortunately, will not allow him to serve his 4 years’ term fully and carry through with his promises to the people. They will gun him down. The same way they gunned down Kennedy. That is a given.

Vice President Joe Biden, the best man for the job, chose not to step up to the plate and continue his service to his country. He said it was due to the loss of his son. Since Biden took himself out of the picture, the next best person to occupy the Oval Office in this present time with its challenges could have been Speaker Paul Ryan. He is the most rational and the most electable Republican to the office of the President and Commander-In-Chief. He is young, smart, charismatic, and a policy wonk. In a time of surging national debt and budget deficit, America needed someone in the person of Paul Ryan who is well grounded in fiscal policies to lead the country. And he could’ve easily defeated Hillary Clinton. He, also took himself out of the picture.

The good guys are being besought to take the most significant job in the world, albeit on a platter, and save their country and the world. The good guys in an unprecedented fashion are refusing the higher calling in their numbers, rather retiring themselves into inconsequential roles, while crazy people run amok, preaching hatred, divisiveness, and intolerance. Seems like whatever is bent on tearing America apart has a supernatural and vehement fierceness about it. It stymied men of reason who aspired for the office. It harasses proven men from aspiring for the job despite an easy path for them into the office. But it keeps making clear and smooth the pathway for clowns, charlatans, and liars into the office. Time will tell.

Some people find themselves naturally born into one of these classes of sexual orientation. Some others morph into it because of past unpleasant experiences with their heterosexual partners. Whether folks in the LGBT community are born naturally into it or they morphed into it, that is their choice. They have the right to practice whatever their sexual preferences are and everyone has to respect their rights of choice as far as those rights to practice their sexual preferences does not meddle with another person’s right.