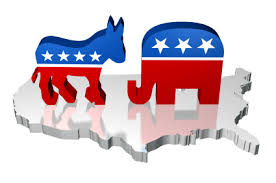 By announcing that he won’t be seeking his party’s nomination for the Office of the President of the United States come next general election, Vice President Joe Biden has literally handed the Democratic Party’s nomination to Hillary Clinton. Former first lady, former U.S.Senator, and former Secretary of State.

Hillary’s two out of four opponents in the first Democratic Party debate held earlier this month has withdrawn from the race for their party’s nomination. Only Hillary Clinton, Senator Bernie Sanders of Vermont, and former Governor Martin O’Malley of Maryland are remaining on the Democratic Party field. But you can bet your money that the Clinton tide will easily sweep Senator Sanders and Governor O’Malley away once the primary season kicks in. You can bet your tuition money on that. Her campaign is poised to never repeat the mistakes and indiscipline they characterized their 2008 run. They are ready this time around. Suffice it to say then that Hillary Clinton will be the Democratic Party nominee for the 2016 presidential election and a breathe away from the Oval Office in 1/17.

So assuming for a moment that Republicans are right, then who among their candidates or a combination of their candidates will be their weapon to prevent an almost palpable Clinton presidency from happening?

Donald Trump has been leading the Republican horde in national polls for months and none of the other candidates has the answer to contain the Donald’s mojo. Because the Donald has what all of them do not have. Which is candor and political incorrectness. People love candor and are tired of political correctness among our political class. But Donald Trump is a clown and when it comes to foreign policy, he is naïve. He is a .22 caliber mind in a .357 Magnum world. America can be crazy, but when it comes to general elections and the character of who they want to be their president, America always chooses right. And a Republican Party Donald Trump against a Democratic Party Hillary Clinton in general election, will not only guarantee Clinton the Oval Office come January 20, 2017, it will also guarantee her a landslide victory against him. She will win in style.

Ben Carson who has been seconding Trump in national polls does not have the poise and mien of a president. He talks passively. And I am not the only person who has noticed. Ben Carson can be a very good president if America is all about domestic policies of education, social reform, and healthcare. But America’s president must also conduct America’s foreign policy with muscle, he must have a forceful personality that foreign leaders and nations will both admire and dread, he must have charm, he must as a Commander-In-Chief command the respect and loyalty of the military brass, and as the leader of the free world, he must have the capacity to know, for America’s national interest, and for a global good, when to experiment with less evil in order to guarantee a greater good. Ben Carson for all I’ve seen does not have these qualities. Clinton is forceful and feels entitled. Clinton will crush him in a one-on-one debate.

The Republican Party is an old white man’s club that is stuck in the Stone Age and refuses to adjust itself to change and embrace the new multicultural face of America. It is like a consumer stuck with the 20th century Nokia walkie talkie while others are using I-phone 6s because he’s afraid the makers of the new phone have sinister intentions and his embrace of the new technology will harm him in some way. They are comfortable with what they are used to which is their skin color. But in order to win the general election next year and defeat a third Obama term, which is what Clinton’s presidency represents to them, the Republican Party has to force a tremendous change upon itself.  The Republican Party must of a necessity not nominate a white man to be their standard bearer because none of the white men in their field, including Jeb Bush stands a chance against Clinton in 2016.

In order to defeat Hillary Clinton in November 2016, the Republican Party must nominate Senator Marco Rubio of Florida as their standard bearer and Carly Fiorina, the former CEO of HP, as his vice president. That will be a guaranteed winning ticket.

For starters, white people mostly vote for Republicans. And by nominating a charismatic, articulate, handsome, and well chiseled Latino, white people are not going to flood to another candidate. Especially white Republicans. Who would they flood to? Clinton? Not even for all the tea in China.

Secondly, and which is the most juicy part of mix is that the Latino vote will be a forgone conclusion. Latinos may be loyal to the Democratic Party. But if a Latino has a 50% chance of becoming the next president, for all its loyalty to the Democratic Party, Latinos will vote for Republican Party Rubio, en masse. Loyalty to an organization can go so far when blood is involved. Colin Powell voted for Obama in 2008 against his friend and fellow Republican John McCain. There is something about history that the Latino community would not allow to pass them by should Senator Rubio become the Republican Party nominee.

Finally for this analysis, women are not that enthusiastic about Hillary Clinton. I had this conversation with a pediatrician the other day and she said that she would want another woman, and not Hillary, to be the first woman to shatter that glass ceiling. And she was so passionate about her opposition to Hillary. I wanted to know why she was so anti-Hillary and she said that her reasons had to do with a rape case Hillary defended way back in 1975. This analysis has nothing to do with that case. The details are on the internet for all to see. But I was miffed at her for judging the first lady by just one yardstick. And I told her so. But she was adamant about her position. Any other woman but Hillary. Now if her take on the possibility of Clinton’s presidency is anything to go by, and if her position represents the feeling of even a significant number of women voters, I would surmise that women are not going to be that exercised about getting out en masse to vote for Clinton. But for those that will want to carry out their civic duties come November 2016, with Carly Fiorina, another successful woman in the picture, both the Rubio ticket and the Clinton ticket will split the women votes, maybe in half.

With the white Republicans votes in the bag, with the votes of the ever-increasing Latino bloc locked up, and with a good proportion of women votes secured, the Rubio/Fiorina ticket is guaranteed the Oval Office by January 2017.

Since he assumed office in 2009, President Obama has initiated smart economic policies and programs that has guaranteed economic recovery, secured economic growth, and put America back on the path of economic greatness. A Hillary Clinton presidency, a woman who worked hand in hand with her husband during his presidency to secure extraordinary economic for America, will of course capitalize on the economic gains President Obama has made and build on his successes. And that is good for America.

Republicans are not very good on the economy. Maybe Vice President Carly Fiorina, who was a CEO of a multinational company, can help President Rubio overcome that deficiency.

Republicans as opposition party does not see any good in every great thing President Obama’s policies and programs have achieved for America. They see his presidency as a disaster and want to take back their country. A Clinton presidency they say is a third term of the disastrous Obama policy. But for them to stop that from happening, a Marco Rubio/Carly Fiorina ticket is the only option they have.