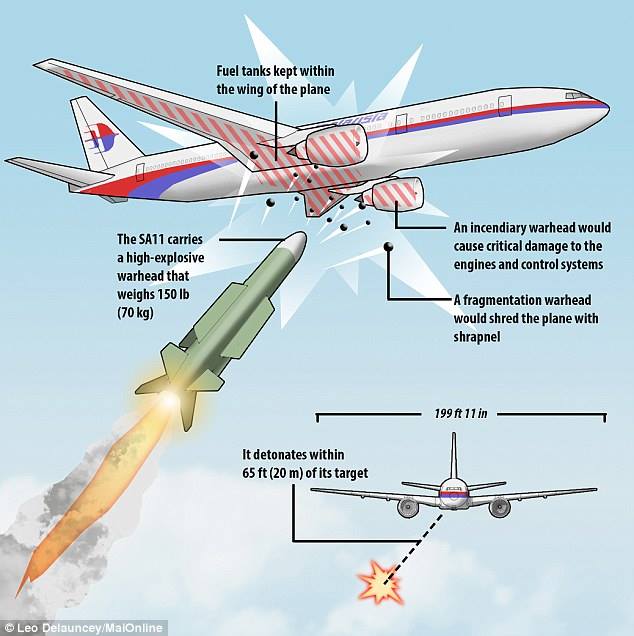 The tragedy of the downed Malaysia Airline M17 has thought us one important lesson: We are all interconnected. After this incident, no nation can be able to say that whatever crisis or conflict that is going on in another country is an exclusive problem of that country. A conflict in Ukraine, a country located in Eastern Europe, didn’t even claim a single Ukrainian life in this instance; rather it claimed hundreds of lives of Holland nationals, scores of Malaysians, many lives from Western European countries of United Kingdom, Germany, and Belgium, and what more, lives of citizens of faraway New Zealand.

In the same way this conflict or near civil war in Ukraine have touched lives, albeit disastrously , across continents, same way can hunger or subhuman conditions of living in another country tragically affect lives in faraway countries that may not even share continental affiliation with that particular country.

Hunger breeds anger and anger breeds resentment. A hungry, angry and resentful person is a vulnerable person who can be easily exploited by terrorists and be indoctrinated to do bad things to good people.

Terrorists have resources and exploits people’s vulnerabilities for their selfish ends. So it will not be surprising for a middle-aged man from say, Somalia, who is having problem providing for his family, to give in to the advances of terrorist recruiters, who would not only entice him with fat money for his family’s upkeep for a long period of time, but would also brainwash him into believing that strapping a bomb to his body to bomb, say, the Calgary International Airport, will secure for him more wives, more wealth, and a royal livelihood with Allah, wherever.

Therefore, every country on Earth, no matter how meager its resources may be, owe it to itself to look at crisis happening in neighboring country(ies) or faraway countries and act compassionately and reasonably towards the people of that country to mitigate the crisis before it metamorphoses into an international crisis of the like we are seeing presently.

If the European Community did not ‘let Ukraine deal with Ukraine’s problem’ and man up and deal with that crisis when it was at its nursery stage, the rebels (with the aid of Russia) wouldn’t have overcome Ukraine’s military and took over the military facility in that Eastern Ukrainian town of Snizhne, from where they shot down the MH17 passenger jet. And we wouldn’t have been having this stinking international crisis in our hands.

If the United States have had a definitive foreign policy tailored towards Central America and long intervened, as it ought to, in the Central American countries of El Salvador, Honduras, and Guatemala, and install puppets who are inclined towards democratic values, those countries would have long been stable countries and a place where its citizenry will call home and would love to reside. And we would not have had this humanitarian crisis on our southern border with over 50,000 children, most of whom are unaccompanied, seeking refuge in the U.S. as they flee violence in their home countries.

And if European countries and Barack Obama had stepped up to the plate in Syria and forthrightly dealt with the Assad problem in the thick of the Arab Spring, there would not have been a mention of  Islamic State of Iraq and Syria who are right now seriously undermining years of sacrifice in blood and treasure by our military in Iraq.

In this contemporary world, isolationism cannot suffice because evil have legs and wings and have no respect for borders as Flight MH17 has demonstrated. Neither can pacifism, appeasement, nor treating as ‘the other’ as characteristic of the European Union, whenever the conflict is not within their borders. Hence it is imperative that world leaders act with swiftness to address crisis, irrespective of the nature, and irrespective of ‘who’ is suffering them, wherever it crops up on any part of the globe, rather than paying lip service to them.

Yes, Hamas is provoking Israel to action, but the proportion of lives lost with every Israeli assault into Gaza dwarfs the casualty Israel suffers with every lame missile Hamas shoots into Israel. And it is high time the White House come up with a pragmatic peace deal that will work for both sides devoid of sentiments. Giving up on both parties is not an option. The occupant of the Oval Office volunteered to lead and leading is never an easy task. President Barack Obama, please lead the way. That is what you signed up for. The life of a Palestinian child is not inferior to that of an Israeli child.

Meanwhile, if there is a country that understands the fact that evil has wings and legs, that country is the United States of America. We suffered 9/11 that happened largely as a result of anger, resentment, and indoctrination. And the movie Captain Phillips was a true life story of the suffering of ordinary Americans who suffered terrorism at the hands of hungry, angry, and resentful Somalian pirates. But the United States have done our own share of helping out where and when we can. We are the embodiment of global goodness. But more work needs to be done

The world is now interconnected and there is no escape for appeasers and isolationists. There are only shared responsibilities.

I am passionate about politics and the social challenges that faces our country. As a firm believer in the goodness of man, and at the risk of sounding naïve, I am convinced that when people of goodwill driven by gallant ideas come together to fashion out a better world, and pursue these ideas with energy and vigor, that somehow they will prevail. My blog will seek to provide a platform through which these gallant ideas can be birthed for a better and equitable world. View all posts by Ezeocha Post

2 thoughts on “THE LESSONS OF FLIGHT MH17”