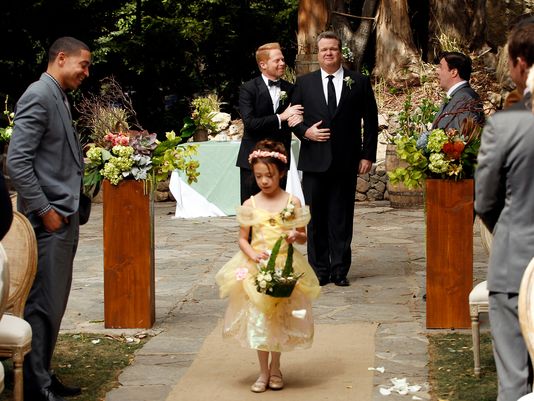 GOD had a good thought towards man who was lonely after he was created. A very good thought for a wonderful family life. “And the Lord God said, it is not good that the man should be alone; I will make him an help meet for him.” And He went ahead to create Eve out of Adam’s rib and charged them to be fruitful and multiply……. That was the first marriage. And that was the origin of marriage. A union between a man addressed as the husband and a woman addressed as the wife.

Hang in there with me. Am going somewhere.

So marriage has its origin in the Scriptures as America have its founding principles rooted in freedom. And just as an Iranian religious extremist or a Saudi with their tradition of misogyny cannot come to America and rather than choose to fit into the system, resorts to changing the American way of life just to suit his foreign ways; so should no one subscribe to the institution of marriage and want to redefine its founding principles, which is an established union between a man and a woman.

Meanwhile when God created man and woman, he gave us all the freedom of choice. The freedom to choose who to love, where to live, and what career path to pursue. And so much more. Those are inalienable rights. No man has the right to make a choice for the next man. And no one also has the right to impose his or her choices on another person.

Gays are people who happen to, either by genetic encoding or due to series of betrayals by their opposite-sex partners in their previous relationships, choose to generate unnatural sexual feelings towards people of the same sex as they are. And I have no problems with that. Everybody got a choice to make and everybody got to choose what makes them happy. The pursuit of happiness. Another choice that we all have to make. No one has the right to deny someone else or condemn someone else who chooses to do certain things which makes him or her happy simply because you do not agree with those choices.

Liberals argue that rejection of same-sex marriage is a violation of civil rights of gays. Some even equate it to the denial of civil rights to Blacks. I find this argument intellectually shallow and morally barren. First, we are all humans and are protected by both the United Nations Universal Human Rights and the Constitution. There are no gay rights. There is only human rights to which are applicable to both gays and straights. If John and Jimmy who are gay partners believe that they are entitled to federal tax benefits as Benjamin and Elizabeth who are legally married couple, then they should find themselves some wife to marry and by virtue of their marriage be eligible for said federal taxes. There are levels of benefits in this country that only citizens of the United States can enjoy and which are not open to permanent residents or visitors and which they cannot enjoy until they attain the status of citizenship. Even among citizens of this great country, there are certain jobs that you cannot be allowed to do except you have security clearance from the federal government. Those are the rules. And no matter how much whining anyone makes about these benefits, the rules are not gonna change simply because they whined. So I ask, why would we change the definition of marriage simply because someone had/has emotional problems and so the world have to fall upside down for them so they can have a feel good feeling about themselves? Really. Is it not like someone wanting to attend a prestige private institution of learning which happens to have a particular dress code but does not want to abide by the dress code? Rather have his own sets of dresses which are completely different from what the school is traditionally used to for hundreds of years and want the school to switch their new dress code to accommodate his or hers?

If a Saudi man deeply rooted in misogyny should come to America today and after seeing what America is all about, rather than try to fit in and learn and live our ways, take to the street and to the blogosphere to protest our freedom, asking that all women be removed from public life, from positions of power, be stopped from driving, be stopped from drinking alcohol, forced to wear veils, and never allowed to travel unaccompanied, all to make him feel that his ‘unique’ civil rights are protected. America, will we do that?

One thought on “…….On Gay Marriage”